The goal of genetic testing is to identify the genetic change causing ARVD — Arrhythmogenic Right Ventricular Dysplasia (also known as Arrhythmogenic Right Ventricular Cardiomyopathy — ARVC) — in a family and then find out who else in the family inherited that genetic change. Once the first person in a family is tested, the next step is to check for four of the most common ARVD-causing genes of genetic change. Doing so should identify the genetic cause in about half of the families. In the other half, if the gene has not been identified then it’ll be that much more difficult to pinpoint the cause.

ARVD is a rare familial disorder that is an important cause of ventricular tachycardia and sudden cardiac death in young, and often times, healthy individuals. The clinical hallmark of the disease is ventricular arrhythmia, arising predominantly from the right ventricle. Fibrofatty replacement of the right ventricular myocardium is the hallmark of the disease. Recent developments at the John Hopkins University have revealed that ARVD is caused by mutations in genes which encode desmosomal proteins. These proteins are involved with cell to cell adhesion. This important observation helps explain why ARVD is more common in athletes, and the delayed onset of the disease. 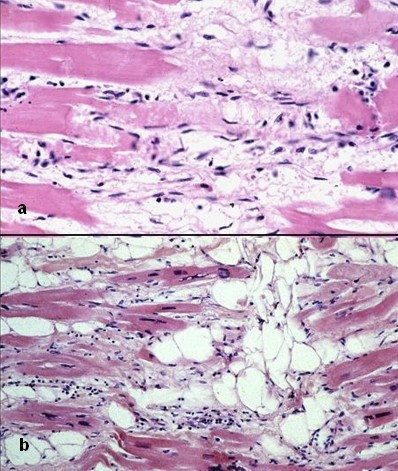 Patients generally begin to show signs of ARVD after puberty and before the age of 50. The diagnosis of ARVD is challenging and requires the performing of a number of cardiac test such as:

Most of these tests can be performed at any one of our offices. Once diagnosed, it is recommended for most patients that an implantable defibrillator be placed in order to prevent the possibility of sudden death. Antiarrhythmic drug therapy and catheter ablation also play important roles in treatment. It’s important to note that with advances in the field of medicine, the role of genetic testing is increasing. It is helping more than ever in evaluating and diagnosing patients who are suspected to have ARVD and, thereby, guiding therapy options.