Long QT syndrome (also called LQTS for short) is an abnormality in the heart’s electrical system causes very fast and potentially dangerous heart rhythms, leading to sudden loss of consciousness and in some cases — sudden cardiac death. The term “Long QT” refers to the abnormal pattern on an electrocardiogram (ECG). The “QT” interval is the ECG measure of the period when the lower chambers of your heart (the ventricles) are triggered to contract and then prepare to contract again. Long QT occurs when the contraction interval is longer than normal.

Although the exact frequency of LQTS is unknown, it may cause 2,000 to 3,000 sudden deaths in children and young adults each year in the U.S. The most common symptom is a sudden loss of consciousness or fainting, called Syncope. The condition may also cause seizures and in some instances, cardiac arrest and sudden death. These symptoms do not always occur and thus, the severity of the condition varies greatly. Some people never experience syncope and others may have frequent episodes. It is important to note that symptoms usually occur without warning and are caused by a very fast heart rhythm called torsade de pointes. Syncope may occur during or just after physical exertion, emotional excitement or sudden auditory arousal, such as from an alarm clock.

LQTS is usually diagnosed with an electrocardiogram (ECG), which is a picture of the electrical activity of heartbeats (shown on the image to the left). However, the ECG isn’t a perfect test for the condition because some people with the disorder will have normal tests, or tests might be normal on some days and abnormal on other days.

LQTS is usually inherited, which means it may affect multiple family members. Each child, irrespective of gender, has a 50% chance of inheriting the genetic mutation that causes the condition from his/ her parent. Once a family member is identified with the condition, it is very important to test all other family members. All close relatives should see a cardiologist and have an ECG as well.

Genetic testing can also help diagnose LQTS. Once genetic testing has identified the genetic mutation causing the condition in a family, other family members can be tested for that same genetic mutation to see if they also inherited it. Such testing can also determine which sub-type of LQTS your family has, although it cannot find the cause of the mutation. Knowing which sub-type of LQTS a patient has can help determine which is the best mode of treatment for him/ her. 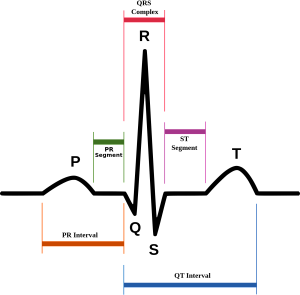